Most of the nation is not aware of the many advantages of Obamacare.  Now that the Supreme Court affirmed the individual mandate, whereby all contribute or pay a penalty, it is clear that Obamacare is the law of the land.  The provisions are being rolled out slowly.  As each aspect is rolled out, Obamacare will become more popular because it is protective of the American public.Children being able to stay on their parents’ health insurance policies until they are 26, and preexisting conditions no longer being excluded means more consumers of healthcare insurance who will use more pharmaceuticals and biotechnology.  Similarly, the reduction of the senior gap on prescriptions will make such options more available for them to consume.  States will be allowed to expand Medicaid programs which increases guaranteed reimbursement for medical products.
Insurance companies have to pay for some preventative services like mammograms and colonoscopies.  The government will likely require more preventative biotechnology and vaccines to reduce the cost of healthcare.  Moreover, insurers will be motivated to pay for even expensive biotechnology and pharmaceuticals.  Let me explain.Insurers will be allowed to only devote twenty percent of premiums collected to administrative expenditures.  That means that eighty percent of the premiums must be devoted to genuine medical products and care.  Insurers will be allowed to raise premiums to cover actual medical products.  Purchasing expensive innovative pharmaceuticals and biotechnology would be a way of increasing the medical product expenditures so that more money could go to executive’s salaries and benefits.  Twenty percent of ten billion is more than twenty percent of a billion.  Executives are going to want to make sure they hit the eighty percent required by Obamacare because if they don’t, the insurer will have to give rebates to the insureds.  It is my bet that they will elect to raise the amount of money spent on medical products because it will be covered by premium increases while safeguarding their salaries. 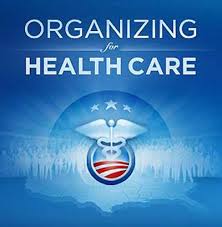 The effects upon the stock market are likely to be positive.  Insurance companies like United Health (NYSE: UNH) and Aetna (NYSE: AET) are likely to continue the positive appreciation of their stock.  There will be more insurance customers and the insurance carriers will be allowed to raise their rates to provide necessary medical care.  Aetna appreciated more than thirty percent in the last two years, while United Health gained more than sixty-five percent in that same time period. Biotechnology companies like behemoth Amgen (NASDAQ: AMGN)will benefit from expanded coverage and customers for its always innovative drugs.  Amgen has a new osteoporosis drug (Denosumab) that may also treat hormone receptive breast cancer.  Novabay (NYSEMKT: NBY)has anti-infective, dermatological, urinary tract infection, and wound care products that are likely to gather momentum.
Pharmaceutical giants like Johnson and Johnson (NYSE: JNJ) have products in virtually every portion of healthcare.  Its pharmaceuticals include anti-infective, dermatology, gastrointestinal, contraceptive, antipsychotic,  hematology, oncology, immunology, neurology, thrombosis, pain management, infectious diseases and vaccines.  Expanded coverage and expanded government programs (Medicaid) means greater utilization of health care.Obamacare was so huge that it was not understood by a large majority of the American people.  As its features continue to roll out in the coming decade, like Social Security, there will be consternation in future generations as to why there was opposition to Obamacare in the first place.  For example, after 2016, people for whom the lowest priced health insurance plan will be more than 8% of their household income will be exempt from the individual mandate.
The effect of Obamacare is to drastically increase consumers of medical insurance, pharmaceuticals,and technology.  Insurance premiums will increase, but only if they pay for actual medical products like vaccines, drugs and biotechnology interventions.  Insurers are likely to be willing to increase spending for expensive medical drugs and vaccines to fulfill prevention requirements and to offset their administrative expenses which can only be twenty percent of premiums collected.  The effect of Obamacare is to increase motivation for expenditures for actual and genuine medical care, i.e. pharmaceuticals and biotechnology. The result will likely be a healthier nation that no longer has to run to Canada or Mexico for needed drugs.

The Benefits of Steam Treating your Hair

Our Currently Featured Service: The Silk Press Out

Our Holy Grail of Hair Products