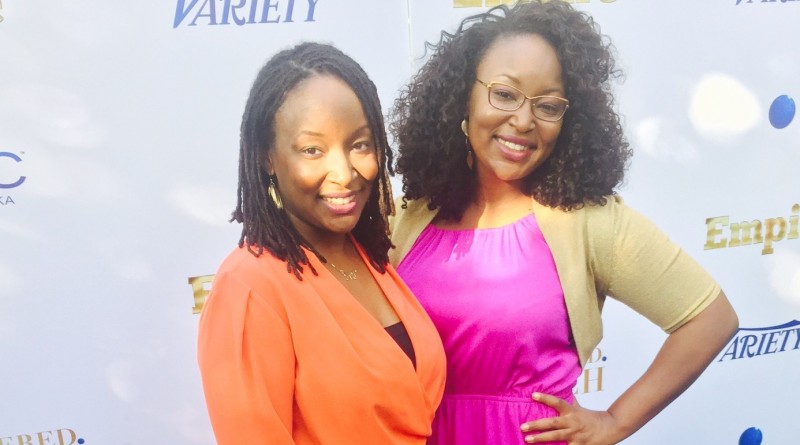 JaNeika and JaSheika James (frequently called Neika and Sheika) are twin sisters who knew very early on that they loved film and television. They graduated from the University of Florida with a bachelor’s degree in telecommunications. And although they took completely different paths after college, they are now working together as writers for Fox’s hit show, Empire. (A show I absolutely love!)

Between the two of them, they’ve worked on shows such as Desperate Housewives, Dexter, Revenge, and Half & Half. Beyond the fact that they are twins and look very similar, they are both naturalistas as well! I recently had the opportunity to talk to these amazingly sweet women about being natural in Hollywood, finding love and even what we can expect when Empire returns.

SJ: Sure. I’ll go first. Going natural was always something I wanted to do. When I moved out to California is when I got the nerve to do it. I was out here, alone and by myself in this whole new world; whole new me. It was freeing and a learning process. I wanted my hair to be stronger. It was so much healthier. I began to appreciate my naturalness so much more. When I turned 30, I decided to loc my hair. It was something I never had the nerve to do but I decided it was time to treat myself. I think locs are so beautiful and long and flowing. They have a history. Like a lionesses mane growing. My girlfriend talked me through the process and convinced me to not have them too small because it is more maintenance and they can pop off. I love my hair so much but at one point I wanted to remove them when I felt like they were affecting my dating life. I decided my hair was the issue and guys don’t like it. But when I met my now fiancé he looked at my hair and said, “What is this? It’s beautiful.” And I realized, I am beautiful and my hair is beautiful. Girl, I fell in love with him ever since!

LBH: I don’t blame you! What about you, Neika?

NJ: For me, it’s interesting because I was watching Sheika and I thought, ok..that’s interesting. But there is a difference moving from Florida to California and it’s the dry heat here. There’s no humidity out here so if you have a perm, your hair is very dry. And the hairdressers out here tend to not do very many perms out here. So instead of waiting for all my hair to fall out, I decided to grow my hair out naturally. I met a hairdresser who basically told me that I could transition by just growing out my natural hair. It took about 1½ to 2 years to grow my hair out. So I was able to transition without having to Big Chop. I’ve noticed that my hair feels thicker, stronger, and healthier. I realized I had been getting relaxers religiously but all that time, I could have been enjoying my natural hair. As far as my regimen, Sheika has always been better at that than I have and way more of a naturalista. She takes time to take care of her curls. She was about that life. I have never been about that life! I’ve always been about enjoying my natural hair in a pressed state. And I love natural hair and natural hairstyles, but I’m so lazy! I don’t ever want to do my own hair! It’s really bad. I hate washing my own hair to be quite honest. I love the fact that my hair is natural but I hate actually managing it!

LBH: I totally understand that!

NJ: It takes a lot of work and great upper body strength! (She laughs)

SJ: And that’s what I love about being natural. I can wash it, get out the shower, and go!

NJ: But, it grows a lot and it’s super healthy. I don’t think my hair has ever been this full in my entire life.

LBH: I agree with what both of you are saying about being natural. There’s a term called lazy natural and for the most part, that’s what I am.

NJ: (Screaming and laughing) YES! That’s what I am!! That’s exactly what I am!

LBH: A lazy natural means sometimes you get inspired and want to try something new but most of the time, you can be pretty lazy! So, there are naturals that only use certain products with specific ingredients. I don’t think there’s a right or a wrong way to be natural.

NJ: Thank you, thank you, thank you for saying that! I’ve been in certain circles where people try to make you feel bad for how you choose to wear your hair. There is no wrong or right way. I LOVE the fact that my hair is natural but I press my hair because that’s my preference. As women, we should have a love and appreciation of all styles.

LBH: Yeah, at the end of the day, it’s what you prefer and what fits your lifestyle. Sheika, what’s your regimen and what do you do to maintain your locs?

SJ: Most of the time I wash and go. But it’s key to moisturize. Locs tend to collect dirt and lint. So I make sure that I sleep with a satin cap. I try to moisturize often because the weather out here makes your scalp dry. I try and stay healthy and eat healthy also. I also get regular trims. I even had loc extensions at one point although they were heavy. It’s been a journey.

LBH: Yeah I think that’s what it is for all of us; a natural hair journey. We are learning and sometimes make mistakes along the way. What about you Neika?

NJ: Well I do a few things. I like to wear protective styles. I’m wearing one right now. My hair is braided underneath and I have a curly protective style. I can literally wash this and go! But normally for my own hair, if I wear it out, my stylist will wash it, blow it out, and then press it. And then for the next two weeks, I just pin curl my hair at night and use a satin wrap. To keep it’s fullness, you have to be careful not to use too much oil and moisturizers but still take care of your scalp. I do love protective styles but I make sure to wear my own hair too and take breaks from weaves and protective styling. It’s great for growth though. I saw a lot of growth in my hair last year when I was doing protective styling more often. It’s also been great for when I work out.

LBH: I’m glad you said that. Working out is definitely an issue for some naturals where they feel like they have to choose between their hair or fitness.

NJ: Absolutely! There was a report saying that black women are not exercising enough because of our hair. This is important and something that we need to be discussing. It should be addressed because we are not healthy in order to maintain our hairstyles. We should be able to have great hairstyles and be able to work out and be healthy. That’s where protective styles come in.

LBH: Sheika what advice would you give someone who is thinking of starting a loc journey?

SJ: Be prepared for the commitment. It’s a journey and it is a process. Before, I got locs, I would experiment and do different styles every other week. But, locs are permanent. Also, have fun with your locs. I am 4 years in and I still love them and I still do experiment with different styles. I had an initial fear of commitment but eventually I realized I could still do all the things I want to do.

LBH: Thanks. That’s great advice. Neika, what would you tell someone who’s considering going natural?

NJ: I would tell them that it’s so much healthier for your hair. And I know a lot of women have that fear of cutting all their hair off but the reality is, you don’t have to do that. I didn’t have to do that. As your hair is growing, keep trimming your relaxed ends. Eventually you will wake up one day and all the relaxed hair will be gone. So my biggest recommendation is just to do it.

LBH: What would you guys give as your number one tip?

LBH: I knew you guys would say that! Any favorite hair products?

LBH: Do either of you feel as though your hair has affected you in a negative way professionally.

NJ: Not really…I think people are more curious than anything. We live in a pretty liberal area so it’s never been an issue.

SJ: Yeah, I agree. It’s more questions than anything. When I went to Greece they asked me a lot of questions and thought my locs were so cool.

NJ: And what I love about working on a show like Empire, we work with so many people from such diverse backgrounds. We all come in with different hairstyles every other day. We came back from Thanksgiving or Christmas break and our boss commented, “Oh wow! Everyone came back with a whole new hairstyle!”

LBH: That’s funny! Ok…Speaking of Empire, I have one last question for all those Empire fans out there. What can we expect from the show when it returns?

NJ: The show returns Wednesday, March 30th for the final 8 episodes of season 2. What we can expect from where the season left off is that it is going to heat up. Jamal and Lucious are competing against each other. There will be some interesting reception to Jamal and his little rendezvous with Skye, played by Alicia Keys. Also expect to see a very livid Lucious because of the fact that Hakeem has gone against the family and has made a play for the Empire. There will definitely be some dramatic shifts.

SJ: And the revelation about who pushed Rhonda.

LBH: Oh right! I almost forgot about that!

SJ: Who do you think pushed Rhonda?

LBH: I think Anika did it or had someone do it! I know it’s the obvious answer and for that reason, I think people will think that’s too easy. But I definitely feel like it has to do with Anika. She’s jealous of the attention Rhonda is getting. She wants to bring in the next Lyon baby into the family. Anika, for sure!

LBH: Well, I want to thank you both for taking the time out to answer these questions! I appreciate you guys and love the work you’re doing on the show as well.

NJ & SJ: Anytime! Thank you for having us!

Be sure to tune into the final episodes of season 2 when Empire returns on Wednesday, March 30 at 9/8c. 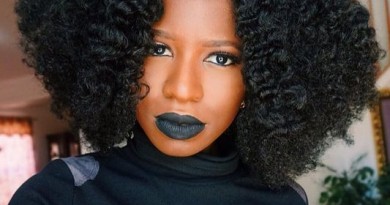 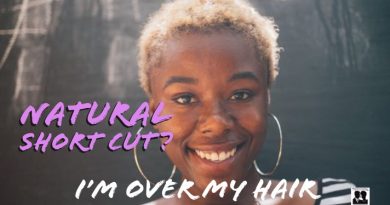